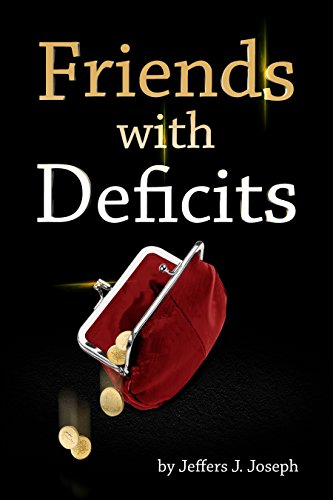 In ‘Friends with Deficits’, author Jeffers Joseph illustrates how devastating or even fatal the results can be when expectations of both parties in a relationship are worlds apart. Unfortunately, Judy is late in discovering how different David really is than the man she initially met and fell in love with. Her heightened aspirations of carrying David’s name, bearing his children and enjoying his wealth, instead, turns out to be nothing but agony, anguish and despair. David proves to be unfaithful, dispassionate and stingy – a stark contrast to the charmer she thought he was going to be. Both sleeping with their close friends’ lovers does not make Judy look like an angel either; instead, it just further deteriorates an already failing relationship. So when David is ultimately found murdered, law enforcement focuses their investigations on Judy as the main suspect – but is she? Finding David’s killer however, opens up a Pandora’s Box of infidelity, double-cross, envy and deceit. Ironically, all the players had been long – time friends prior to the betrayal. As it turns out, everyone is stunned to learn of the unlikely individual who is deemed the chief suspect in Judy’s former lover’s demise. As you continue to read, you will find this thriller packed with mystery and suspense, which seemingly become increasingly intriguing as the story unfolds. 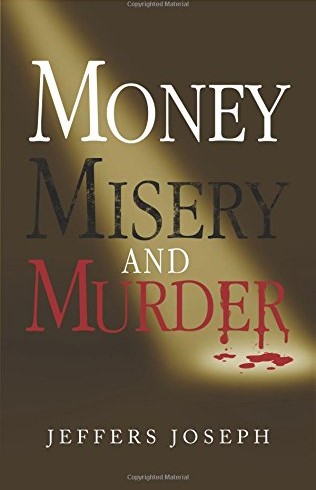 One night, at around 9:30 p.m., as Albert Sr. drove his Mercedes through the front gates of his residence, he was greeted by four bullets. Apparently the assailant had been lurking in the shadows, awaiting his victim’s arrival.

The police and EMS were called by the nanny after she heard the loud noise and went to investigate… He was still sitting in his seat, strapped, with his head slumped to the side…The victim was covered with blood and appeared to have bled profusely from the area of the head. The popular sentiment that money, education, and affluence are the solutions to our every problem is nothing but a myth.

In Money, Misery, and Murder, Author J.J. Joseph illustrates that, though we can all agree that money often makes our lives a little easier, it can be the reason for our demise as well. He cleverly untangles a tangled web of infidelity, deception, and jealousy. Money is the root of all evil, but could it have lead to a murder?

Though we can all agree that money often makes our lives a little easier, it can be the reason for our demise as well. 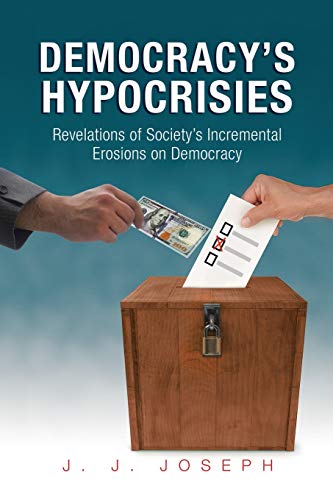 My gravitas to write Democracys Hypocrisies emanated in part from President Obamas utter adversities since procurement of the office of commander in chief, but largely due to desperate attempts by a small segment of society to displace the power of the peoples vote with that of their positions of enormous wealth. Numerous social issues are addressed, with the intent to uncover the hypocrisies, which have eroded traditional Democracy as we know it. Hopefully, the reader will, upon completion of this book, find the revelations both informative and enlightening.

In my view, it would appear that for the entire duration of his tenure in the White House, this president has been faced with the daunting task of swimming upstream in his attempts to pass anything through congress. Additionally, he has endured more dishonor, disrespect, and caricature in his capacity as president of the United States than anyone else in the history of American presidents. No other president before Mr. Obama has sustained such ridicule while holding the most powerful and noble office in the entire universe. Nonetheless, he has demonstrated exemplary qualities in the manner in which he has maintained his dignity by remaining impervious to such acrimony clearly intended to detract him away from his agenda.

I thoroughly enjoyed reading this book. I was utterly fascinated by the twists and turns of the story. Took me twelve hours to complete it. However, I was never of the opinion that Judy was involved in David’s murder. I must give kudos to the author for a well thought out plot.Stephanie was my suspect, though. Just goes to show that one can never be too careful or open-minded when conducting investigations. Looking forward to another one soon.

I’m just done reading this book, and this is one of those books where I find myself agreeing with the positive reviews and the negative reviews with almost equal enthusiasm. Anyway, the way everything is described in the book seems like such an ideal world, where everything can be pasted on a greeting card and sold off. Everything is extremely dramatic and prolonged, and filled with clichés like ‘Love conquers everything’ (Oh really, I never heard that one before!)

From President Obama, to LGBT Rights, Human Rights, Military and Veterans, The Middle Class and more is where one will visit when he or she starts to read Democracy’s Hypocrisies. This book is a must read for all who have an interest in politics, history, economics, or just to gain more knowledge as to every day happening that affects each and every one of our lives one way or the other. It tells of the political landscape of the US from the time President Obama took office. I foresee that one day this will be a book used in the academia world. In time I await to see the update or a part two. It is well penned, with the truth, not a long read but get’s straight to the point. I recommend Democracy’s Hypocrisies to all and I hope to see it one day as part in the academia curricular. Jeffers Joseph Adelaide Paul job well done and thank you for putting it together. Congratulations again!!! Proud of the work you all did.
Willifred S. James,MPA 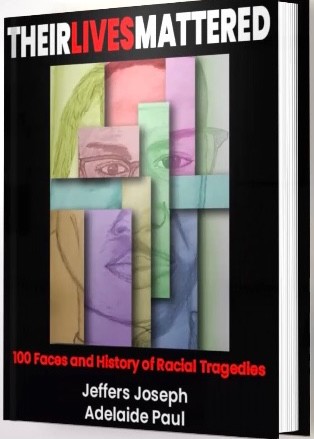 100 Faces And History of Racial Tragedies